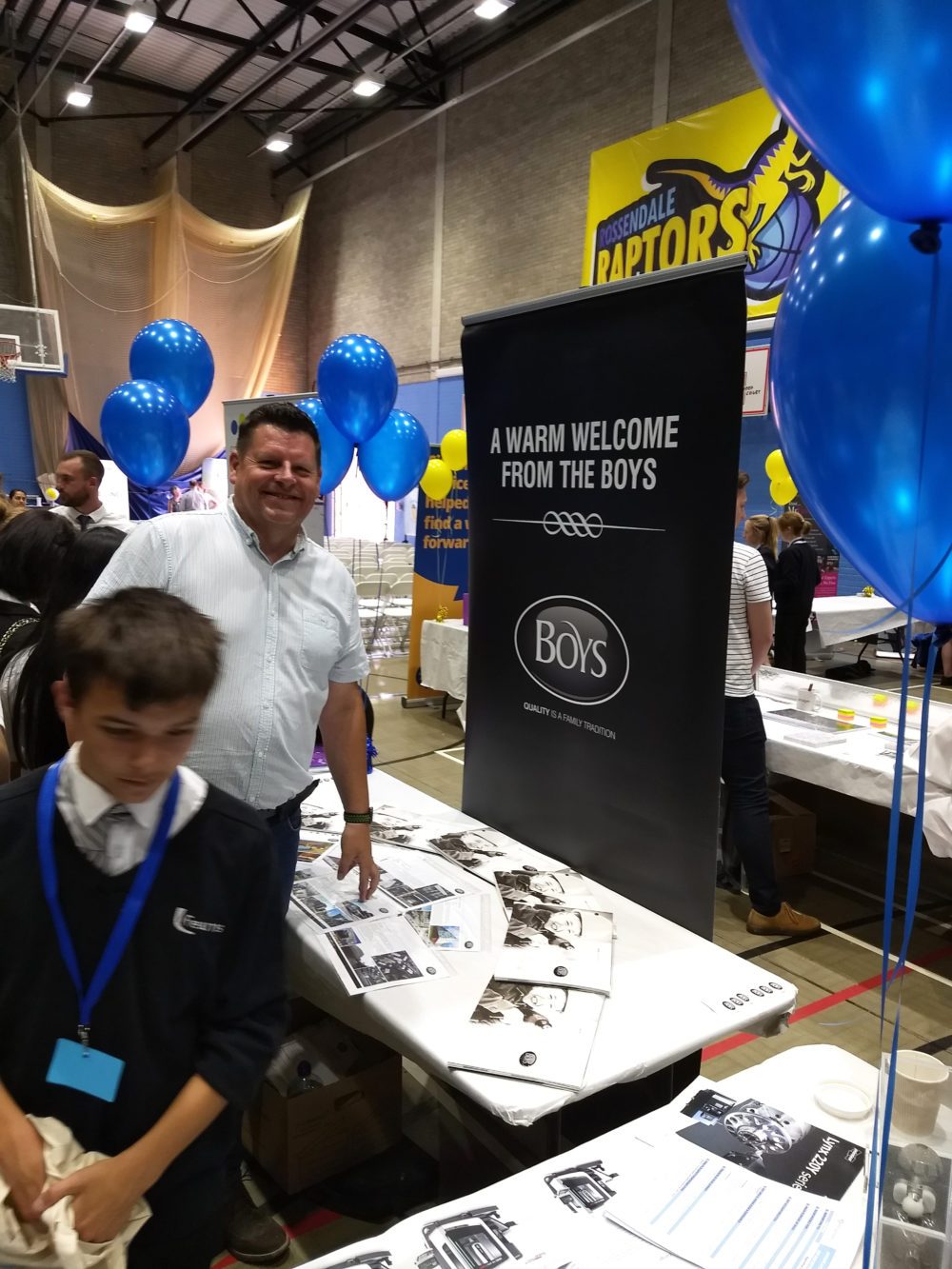 B&E Boys were pleased to participate in the Invest in Rossendale Skills & Employability Fair at Haslingden Sports Centre on Tuesday 10th July.

The event, billed as ‘Rossendale Works’ was no mean feat when it comes to the organisational side of things. The ambitious programme saw over 1100 local school pupils visiting during the morning where over 40 local businesses and organisations were presenting and had stands on display. In the afternoon, a further 17 organisations were represented and the event was opened to the general public.

All in all, there were some incredible stands and interactive activities going on, with some fantastic creative ideas in evidence.

There was a genuine buzz about the place all day and the feedback that the council has received has been excellent. Many of the pupils commented that they were pleasantly surprised to see that there was such an interesting and diverse range of companies in the local area. Often, with this type of event, it is about planting a seed in the mind of a young person about which career path to take. Similarly, from the afternoon session that was open to the general public, some job interviews have already been arranged.

It was also great to see Year 7 pupils from Rossendale schools completing everyday press during the day. They then produced a newspaper that reported the event.

B&E Boys were delighted to be invited to the Rossendale Works event. It was very enjoyable to be a part of such a worthwhile and inspiring event. We are always very happy to take part in careers and employability events of this type, as they are so beneficial to youngsters in the area. It is always a priority for us to be supporting local schools and the local community. We’d also like to thank Megan Eastwood for all the hard work and planning that went in to making the event such a success.