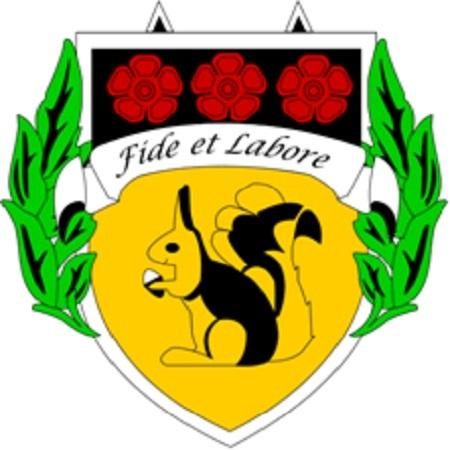 The event is one of the highlights of the sporting calendar for the 6 local schools that compete, with over 500 students participating in the full programme of track and field events. The schools involved in the Athletics Championships were Alder Grange High School, All Saints Roman Catholic High School, Bacup & Rawtenstall Grammar School, Fearn High School, Haslingden High School and Whitworth High School.

Winners of the overall shield this year were Bacup & Rawtenstall Grammar School. BRGS also picked up individual trophies for girls and boys in Years 7, 8 and 9. This is no mean feat as last year’s event was dominated by Alder Grange High School. Fearns High School won the Plate trophy for most improved performance.

As usual there were some stunning individual and team performances on the day. Special mention should go to the pupils who broke Rossendale Records. These were in the 300m Year 8 Boys and Girls event, with Sajid Miah from Alder Grange High School setting a new record of 41.54 secs. BRGS pupil Isabelle Cunningham did the same in a time of 43.62.

Isabelle didn’t stop there either as she also set a new record for the Year 8 Girls 800m of 2mins 22secs.

In years gone by the threat of heavy thunderstorms might have put the event in doubt. This is why B&E Boys got involved with sponsorship for the event so that pupils can use the facilities at Sportcity. Not only is it a covered stadium – suitable for all weather – it’s also a world class Athletics track.

Sportcity was developed for the Commonwealth Games that were held in Manchester in 2002. The City of Manchester Stadium became the new home of Manchester City FC, but the site caters for a wide range of other sports and also features the English Institute of Sport, Manchester Velodrome, Tennis Centre, Squash Centre, Gymnasium and the 6,500 seat Manchester Regional Arena.

There is a strong emphasis on providing state of the art facilities for elite athletes, but there is an equally impressive community programme. In all, Sportcity holds over 400 different events each year.

We believe that sponsoring the annual Rossendale Athletics event is a good way of supporting the local community. The benefits of having an active lifestyle and the teamwork involved with participating in competitive sport are also things that should be encouraged.

Congratulations go out to all the medal winners on the day, the pupils who now hold new Rossendale Records, and everybody involved in the event for helping make it such a success.