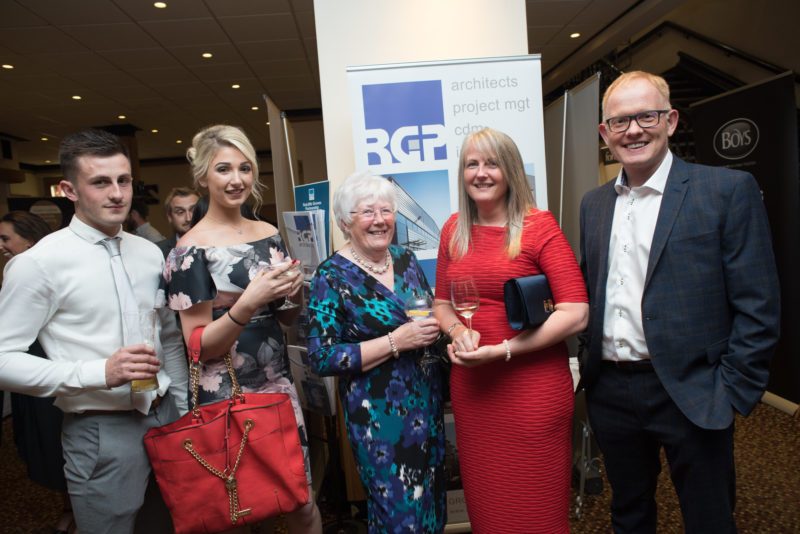 At B&E Boys we are justifiably proud of all our staff. We always invest in our people and value each and every employee. We view them all as being part of the wider Boys’ family.

However, sometimes it is right and proper that individuals are singled-out for praise on their own. This is certainly the case with Jack Silcox. Since joining us as an apprentice joiner he has proven himself to be no stranger to being recognised for his efforts. In 2016, he was awarded the Paul Metcalf Memorial Award by Accrington and Rossendale College. Jack was given this highly-regarded honour for high achievement as an apprentice joiner in his second year of his NVQ.

In the same year, Jack was also Highly Commended for the Unsung Hero Award by The Bricks – which celebrates the best in the house building sector. Its aim is to recognise those individuals that stand out from the rest and go the extra mile for their company and in the pursuit of delivering high quality and excellence in construction.

Since starting his apprenticeship with B&E Boys, he has impressed with his dedication and commitment. He has also shown himself to be a real team player, which is so important in the industry.

Now we are delighted to announce that Jack has added to his awards once again. The Construction Development Alliance (CDA) brings together a number of businesses in the property and construction sectors. The CDA hosts an awards evening every two years to recognise young construction individuals who have displayed hard work and determination.

Jack was received the Overcoming Adversity award at the Young Persons in Construction Awards, held at Burnley Mechanics Theatre and hosted by celebrity gardener, Charlie Dimmock. Jack was diagnosed with dyspraxia while still at school. The hard work and extra effort he put in to achieve in his GCSEs has continued. It was fantastic to see Jack also named as the overall winner at the CDA awards evening.

Jack, who is currently studying for his HNC in Construction at Accrington and Rossendale College alongside his work for B&E Boys, continues to impress. To pick up 2 of the 5 awards available at the CDA Alliance Awards really is a superb indication of how good an employee he is.

Once again, congratulations to Jack from all at B&E Boys. We are very proud to be able to say he is an employee of ours.