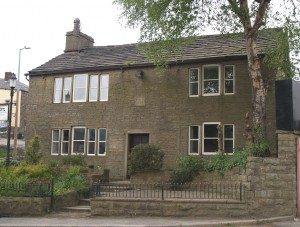 Former Restaurant Springside Cottage To Be Converted Back To Detached Dwelling.

B and E Boys “spring clean” and Springside Cottage.

After many months of deliberation, it has been decided to convert the former Springside Cottage restaurant back into a 3 bed detached dwelling. The house situated in the much sought after Newchurch Road area of Rawtenstall is just a short walk from the main shopping street and busy market. Forming part of a conservation area, Springside Cottage is a charming property built in the 1800’s.

Despite extensive marketing the origional plans to extend the restaurant creating 70 covers were not taken up. The Company has had numerous enquiries to either sell the premises to private investors to re-furbish/extend the existing restaurant, or indeed purely to purchase and extend the building into a large, stand alone residence, Boys have made the decision to retain the premises and refurbish the existing building.

Origional plans for the neighbouring site were for mixed use housing to include a large office building and this would have been an ideal neighbour for the restaurant however the Company is now in talks with the Local Planning Authority to amend the origional plans after the continuing success of the Springside Housing development and after years of marketing have demostrated that there is no requirement for offices in this area.

The works to Springside Cottage will involve new heating, bathroom, en-suite shower room to the master bedroom and a new kitchen including the re-building of a pantry and the removal of the former bar and waiting area, which will be reinstated as a secondary lounge and fully redecorated throughout. The house also features a small vaulted ceiling cellar – ideal for storing wine.

Externally, the front access way area will need to be upgraded and re-painted but the property has the potential for a large private garden on the rear elevation, currently occupied by site cabins for the residential development.

The project is likely to commence just after Easter 2012, completing by the Summer for renting out and will be undertaken by the companys construction arm. Any interested parties should contact the Tracy at the Boys property department on 01706 211368