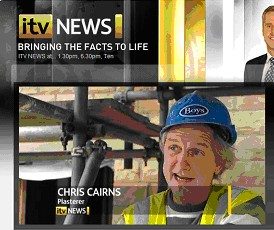 ITN Call On The Boys For Milliband Story.

ITN’s Chris Ship interviews the Boys at Pendle Avenue on Milliband story.There has been much speculation in the press over recent months over brothers Ed and David Milliband fight to become the new leader of the Labour Party.

As Rossendale was one of the longest standing labour wards and saw the largest swing from Labour to Conservative votes, ITN were keen to interview the people of Rossendale on whether the new leader would make a diference to their vote.

ITN’s Seniour Political Correspondent interviewed the lads on site and was also interested in the Boys brothers, John, Michael and Peter and their views on brothers working together.

John and Peter Boys told ITN that the business success was in part down to the brothers ability to work together as a team, but also the dedicated and hard working employees who were determined to get through these tough times.