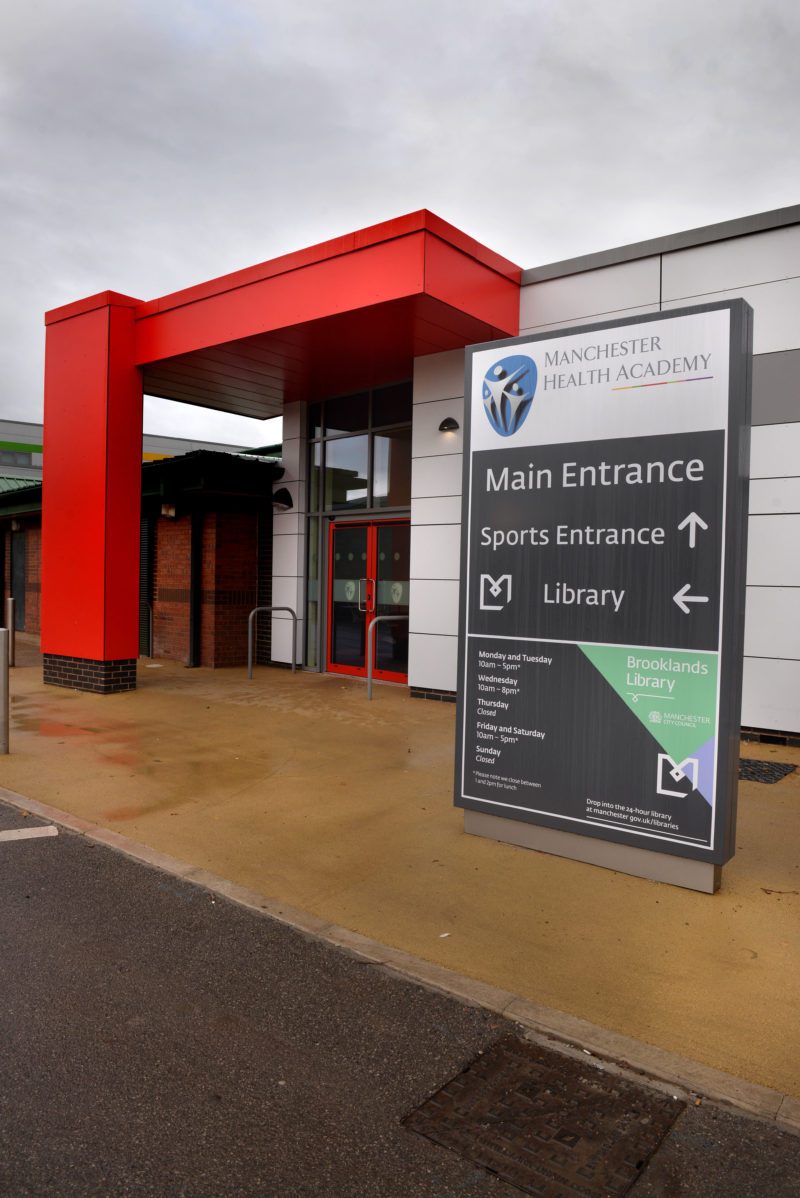 B&E Boys are pleased to report that the second phase of work at Manchester Health Academy, Wythenshawe has now been completed on schedule.

As ever, it is pleasing to see another major project completed both on time and within budget. Chief Architect, Charles Shorland, said, “May I place on record my thanks to everyone at Boys, and in particular the site manager, for a job well done.”

The large-scale new build extension came at an important time for Manchester Health Academy. The academy replaced a predecessor school that struggled with its reputation in the local community. MHA has enjoyed a remarkable journey of improvement. Rated as ‘Good’ by OFSTED, the school is now extremely popular in the local area. The building of six new classrooms was necessary primarily to meet the demand of increased pupil numbers.

Phase Two continued our work with Manchester Health Academy. B&E Boys had previously completed a dining room extension as well as an £800,000 refurbishment of classrooms and Science labs.

Chief Architect, Charles Shorland, described the handling of the project by B&E Boys as a “superb performance”. Explaining that the pressures of three major Client extras had been overcome: ‘Easter works’ refurbishment in the main Academy building, a temporary staff car park, ramped access route and an automated staff car park barrier, as well as recovering from the setback of one poor performing subcontractor on the project.

Shorland commented that, “All these were dealt with professionally and proactively to deliver new classrooms on time, and (given the extras) well under budget.”

In order to hand over the project in time for the start of the new academic year, it was obviously necessary to carry out much of the work during term-time. Naturally, safety was our paramount concern. Careful planning and effective communication was required. Charles Shorland said, “Communication skills between contractor, Client and design team were exemplary.”

Phase Two of the Manchester Health Academy project continues our long history of successfully completing a large number of projects within the education sector. As industry leaders with proven experience in the private and public sectors, B&E Boys employ are own team of skilled tradespeople and professionals.