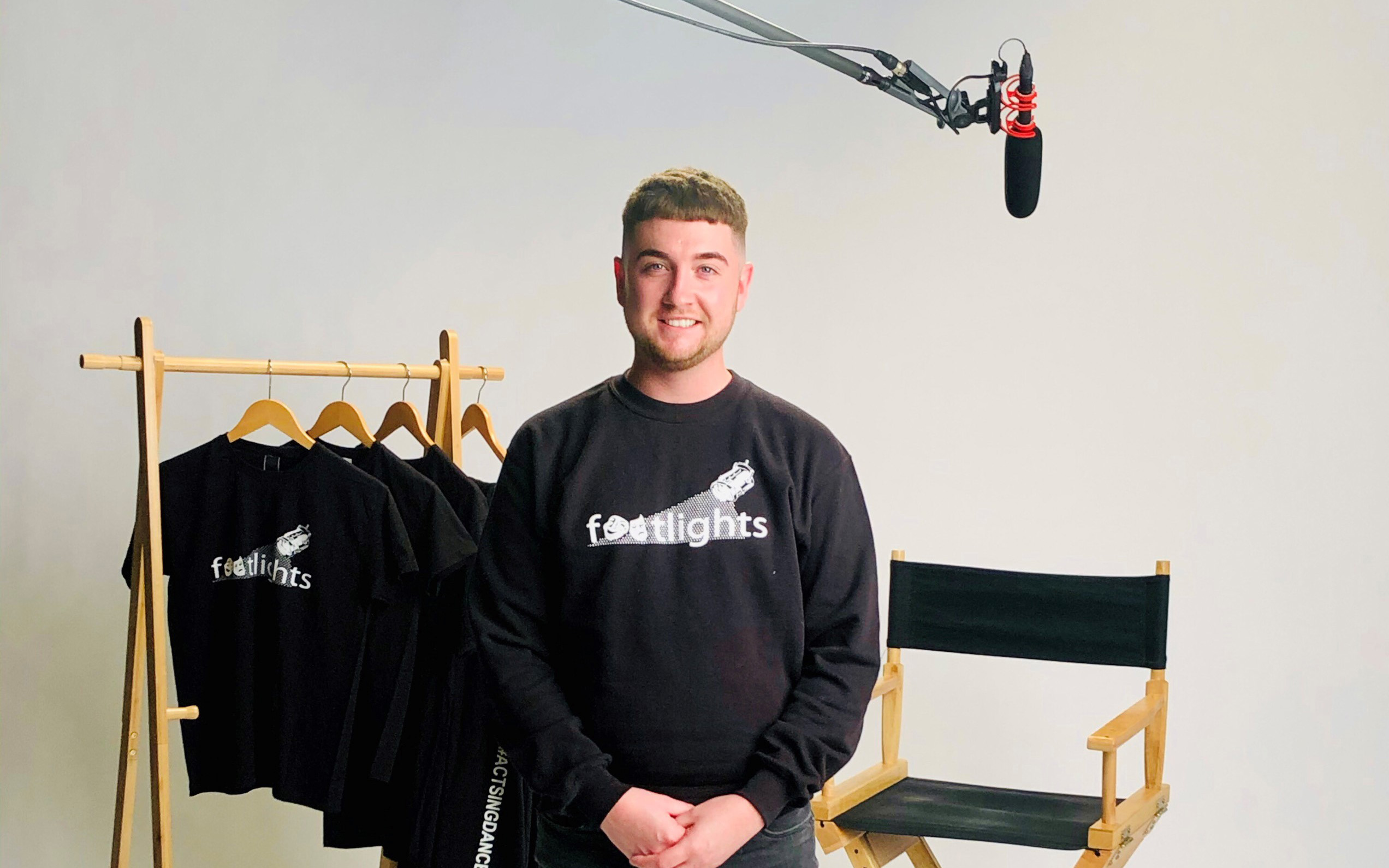 Multi-award winning Rossendale stage school, Footlights has become so successful it’s now moved to bigger premises! Footlights recently moved to Toll Bar in Stacksteads, where they have their very own studio to hold acting, singing and dancing classes, as well as their incredibly popular summer schools.

Aaron’s involvement in Footlights began when his younger siblings attended a free trial of Footlights classes and he saw for himself the positive impact classes had on his brother’s confidence and social development. Aaron himself has been a victim of hate crime and cyber bullying so has first-hand experience of the difficulties faced by some young people today and works to raise awareness of these issues.

As well as their timetable of classes for all ages, Footlights delivers workshops in schools and prisons, put on performances and offer extra-curricular activities. They are passionate about supporting the local community through fundraising and also recently began to offer a scholarship program to allow both children and adults from disadvantaged backgrounds an opportunity to take part in classes at no cost.

Alongside the scholarship program, all new pupils are entitled to a free trial to find out if Footlights Rossendale is the right stage school for them. Classes include acting, singing and dancing and every year, the school puts on a full-scale show where pupils can perform in front of friends and family and showcase their skills and talent.

Footlights Rossendale also operates an incredibly popular summer school to keep kids entertained and active during the school holidays and provide an affordable childcare option for working parents during the six-week break. These summer holiday schools offer a full week of acting, singing and dancing for children aged 4-18 and culminate in a performance at the end of the week that parents and carers are invited to watch.

With a wide range of themes to choose from, there’s something for every budding performer. In 2021 the summer holiday school options are:

The summer school days run from 9.30 am to 4.30 pm and for working parents, there’s even the option for wraparound care to cover 8.30 am to 5.30 pm for a small extra cost. Footlights summer holiday schools are open to anyone- not just existing Footlights pupils, so are a perfect solution if you’re looking for a way to keep the kids entertained during the break or need summer childcare.

2021 is the first year where the Footlights summer holiday school will be held in their very own venue at Toll Bar.

To learn more about Footlights Rossendale, book a free trial or enquire about the summer holiday school visit: https://www.footlightstheatre.co.uk/location/rossendale/