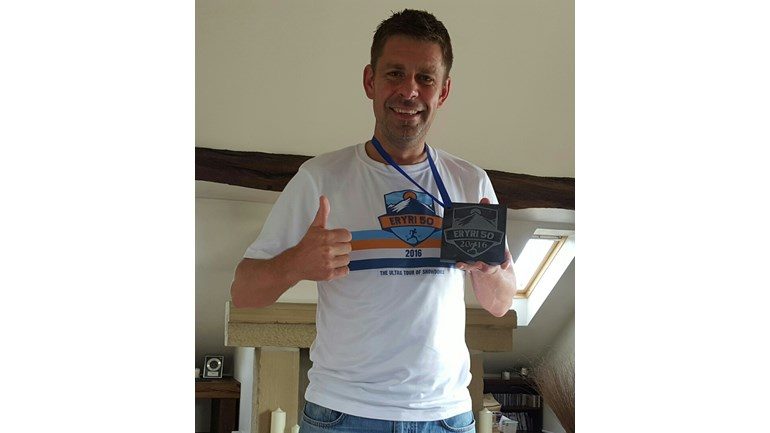 B&E Boys are proud to call The Bury Black Pudding Company one of our tenants, located at the J2 Business Park in Bury. Not only is this company famous for what it manufactures, it also has a pretty cool workforce, including Production Director, Richard Morris.

Richard likes a challenge and this is not only evident in the workplace but also in his personal life. When two of his family were diagnosed with Cancer, Richard sprang into action, setting himself a challenge of running 260 miles to raise money for Cancer Research UK.

The challenge, by Richard’s own admission, has been testing! Although he is keen to stress that running 260 miles is a “walk in the park” compared to battling Cancer. Richard had been hoping to finish his challenge in the Alps but due to unusually high temperatures, Richard had to put his health first and admit defeat, saving the last miles to be ran in the UK!

Finishing in true hero style, Richard ran the Snowdonia Ultra last weekend, completing his challenge with an extra 20 miles on the clock (due to an unplanned diversion, aka getting lost).

B&E Boys would like to take this opportunity to congratulate Richard whose immense efforts have seen him raise over £2000 for the charity. His Just Giving page is still open and if you can support him in even the smallest way, we know it would be very much appreciated.