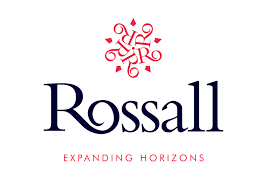 B&E Boys have undertaken several large-scale projects over the years involving the construction of sports hall/sporting facilities for schools and colleges. Now, we’re pleased to announce that we have reached the successful completion of another sports hall project, at Rossall School, Fleetwood.

This £4 million project consisted of an indoor sports hall, a 50m sprint track, a viewing gallery, and male and female changing facilities. The last few weeks have been busy as we reached the finishing and commissioning stage of the project. With the sports hall surfaces complete and the running track in place, the new sports centre is ready well ahead of its planned official opening in September 2019.

We believe that the new sports hall facilities will be something that the school and its students will be justifiably proud of. The indoor sports hall (the size of 6 badminton courts) has provision for basketball, indoor hockey and cricket – new nets have been fitted.

In addition, a four-lane 50m sprint track has been laid and a new viewing gallery has been created for the existing Astroturf. New male and female changing facilities for the sports hall, multi-use games area and Astroturf have also been constructed.

The new state-of-the-art facilities will offer future Rossallians the opportunity to achieve sporting excellence. The new Sports Centre is also central to the school’s philosophy of sharing its facilities with the wider community.

Indeed, The Rossall Foundation and Rossall Community have worked together to raise substantial funds towards the cost of the project. Having already raised £200,000 towards the Sports Centre in the early months of the project, the Foundation has pledged to raise a further £300,000 by September 2019 to coincide with the official opening.

Once again we are pleased to have helped to create first class facilities for pupils and the local community, and happy that another project has been completed successfully and on schedule. If you would like to discuss a future project, please get in touch.