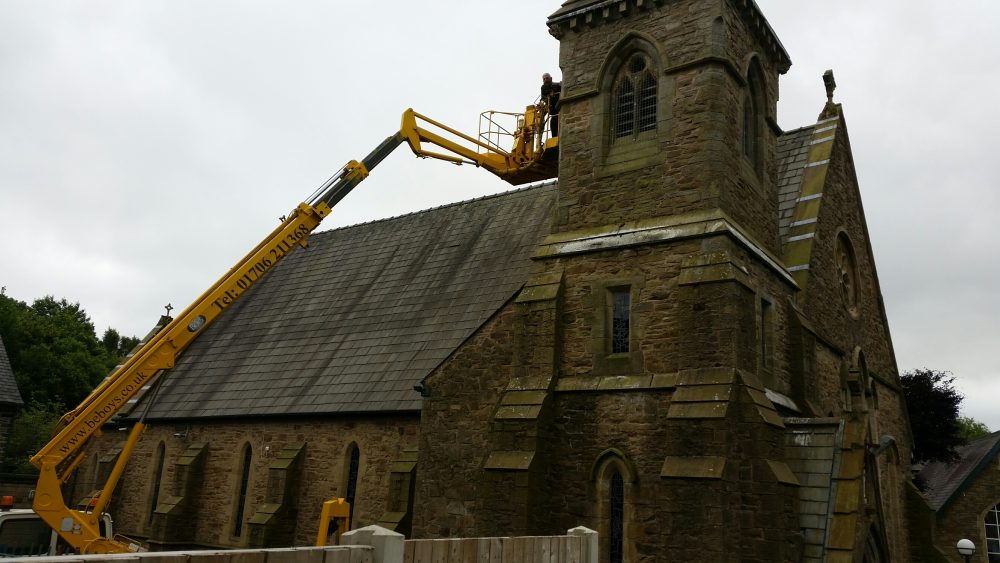 B&E Boys are pleased to report that we have now handed back the project at St Thomas’s Church in Helmshore. The scheme was a smaller project for Boys and involved the restoration of the Church Tower and only a small part of the remarkable and difficult journey that St Thomas’s has found itself on in the last few years.

Parishioners at the church in Helmshore, which dates back to 1852, found themselves facing a real challenge back in 2010. Problems with damp meant that the bell tower of the church needed to be closed. Not only did St Thomas’s have to stop ringing the bells, the church clock also stopped working due to the damp conditions.

In all St Thomas’s faced a hefty £80k bill to cover all the necessary repairs. Most churches have fundraising committees, but few find themselves in a position where they need to raise so much. The closure of the bell tower and clock was a blow to parishioners and local residents alike. Even those local people who were not a part of the church congregation missed the visual landmark of the clock and the welcoming and familiar sound of the church’s ringing bells. Of course, the situation put a real dampener on other church events – wedding ceremonies without bells, for example.

The fundraising committee found itself in the daunting position of needing to raise money for initial surveys before final estimates could be given – long before any actual repair work could begin.

Thankfully, St Thomas’s received a good deal of support from local businesses and the local community in general. Various ways of raising money were looked at including an ‘an auction of promises to raise money.’ Promises made included the likes of jet washing, gardening services, and baby sitting right through to airport pick-ups, and even French lessons.

B&E Boys were pleased to have been able to play a minor part in St Thomas’ return for former glories. It is truly a village church and a real hub for the vibrant community of Helmshore.

A range of community activities meet regularly in the church hall, such as Scouts, Guides, Cubs and Brownies. The hall is also the home of Helmshore Little Stars Nursery.

The church has a full social programme and the Refectory Cafe is open every fortnight on a Thursday and on the last Saturday of each month.