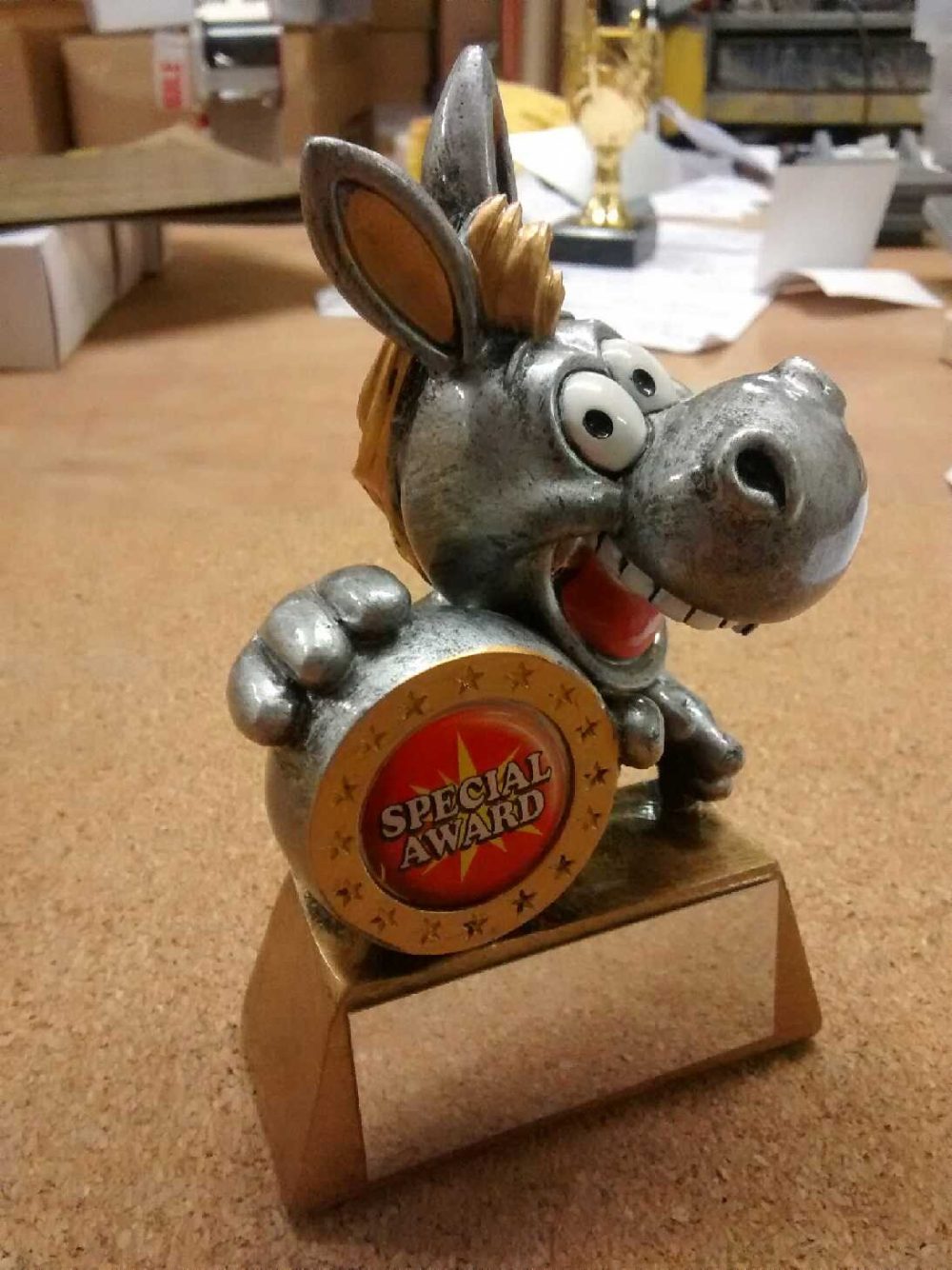 A longstanding pre-Christmas B&E Boys’ tradition took place on the 21st December, as everybody in the company gathered for the Annual  B&E Boys Awards Event.

As ever, this was an opportunity to remember and reflect on everything the business and its employees have achieved over the past 12 months. Staff were recognised and presented with a variety of awards, ranging from the serious and highly important – aimed at celebrating and appreciating the fantastic work done by employees; to a small number of “Special” awards – light-hearted accolades presented with tongue firmly in cheek!

The latter included the likes of the MOST ACCIDENTS IN A VAN WHILST NOT IN IT Award, which was presented to Bill Serin; and the highly-coveted MOST TIMES AROUND THE PLANET IN A FORD MONDEO Award, which went to Mike Carney.

On a more serious note, a LENGTH OF SERVICE (10 years) Award was presented to Tony Leigh. Meanwhile, Christian Craig walked away with the OUTSTANDING WORK AND DEDICATION prize.

Perhaps the two awards that best typify what the Awards Event and the company itself are all about were the CONSISTENT CUSTOMER SATISFACTION Award, which was given to Andrew Horsfield, and the MUCKING IN TO GET THE JOB DONE! Award – which went to Trevor Brody. These awards show the determination that staff have to get things right for all our customers, and the sense of togetherness and team spirit that B&E Boys undoubtedly display year and year. We often talk of the ‘Boys Family’ and how this extends to all our employees and customers. These awards really encapsulate that ethos.

The Directors took the opportunity to say a few words to all the staff. Reflecting on some of the many highlights of 2018 – including the completion of Padiham Town Hall, Sedbergh School, and another phase of work at Manchester Health Academy, and also looked ahead too by mentioning the impressive jobs already underway that will take the company into 2019.

It was the ideal time to reflect on another year of ‘good jobs done’ in the local community. B&E Boys continue to do a great deal of community work. Of course, this a vital part of what the company does. This, and the consistent focus of the TEAM, were central to the Director’s speech.

A massive thank you goes out to all our employees and clients. We would like to wish everyone a happy, healthy and prosperous 2019.

MOST TIMES AROUND THE PLANET IN A FORD MONDEO – Mike Carney

MOST ACCIDENTS IN A VAN WHILST NOT IN IT – Bill Serin

FOR MOST IMPROVED AT WORK – Darren Baines

MUCKING IN TO GET THE JOB DONE! – Trevor Brody