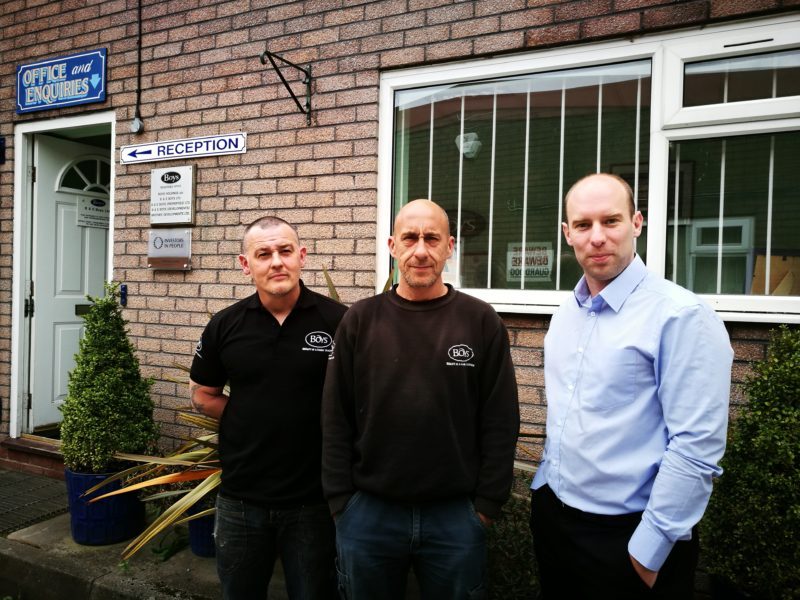 B & E Boys believe that the way ex-servicemen and women are treated in the country is a serious issue.

We’ve all seen the statistics showing that there are an alarming number of ex forces personnel living on the street. Few people would disagree that we need to do more to support our ex-soldiers as they return to Civvy Street.

Sadly, a recent report in The Daily Telegraph found that many employers discriminate against ex-servicemen.

It shows that in a recent study carried out by Barclays, only 47% of the 2000 people questioned viewed job applicants with military service on their CVs as being a positive thing.

Notwithstanding the difficulty that ex personnel experience adjusting back to civilian life, we should never lose sight of the wide range of skills and qualities that ex military people can bring to the table – or the benefits they bring to the organisations that employ them. Companies who do are taking on staff who show loyalty, display a strong work ethic and possess excellent communication skills.

B & E Boys certainly do all we can to support ex services personnel. We currently employ 4 ex-servicemen and women.

Christian joined us as a driver/labourer 5 years ago. His duties include driving all of our vehicles including the skip wagon, hi-ab wagon, fork-lift and cherry picker. Christian’s military record is impressive. Joining the 7th Parachute Regiment as a gunner in 1989. He completed tours of duty in Northern Ireland, Bosnia and the first Gulf War and was awarded 1o operational medal. After a 4 year break, Christian re-enlisted and joined as helicopter handler with the Royal Logistics Corps before completing his service with 4 years as a bomb disposal no.2 operator.

Michael Greenwood’s military life really began when he started military boarding school at the age of 13. After joining the Junior Leaders Regiment at 15 and completing the year-long intensive training required for the Royal Ordnance Army Corps, he joined his working unit at Buller Barracks in Aldershot. Michael served five and a half tears as a regimental police dog handler for drugs and explosives.

Michael joined B & E Boys in May 2016 as Yard Manager. As well as stores coordination and assisting tradesmen with building and construction work Michael also works with our military vehicles.

Darren Baines served in the Royal Engineers at both 23 and 32 Engineer Regiment as a Plant Operator Mechanic. This involved operating various Plant vehicles and both servicing and maintenance of vehicles.

He is now Apprentice Quantity Surveyor with B & E Boys, assisting Estimators, Surveyors and Directors. Alongside his duties he is completing a BSc (Hons) in Quantity Surveying at university on day release.

Jenny Dixon is now an Office Assistant with us. Previously she served 9 years in the RAF. Following her year’s training at RAF North Luffenham, Jenny was posted to RAF Digby in Lincolnshire. She went on to be posted to Cyprus with 9 Signals Regiment working as a Communication Systems Analyst. After her time in Cyprus Jenny was posted to Lago Patria, near Napes in Italy, at a tri-service camp.

Our ex-services staff are right to be proud of their military careers, but they show every single day at work with us that they still have plenty to be proud of now they are out of uniform. B & E Boys are proud to have them in our team.