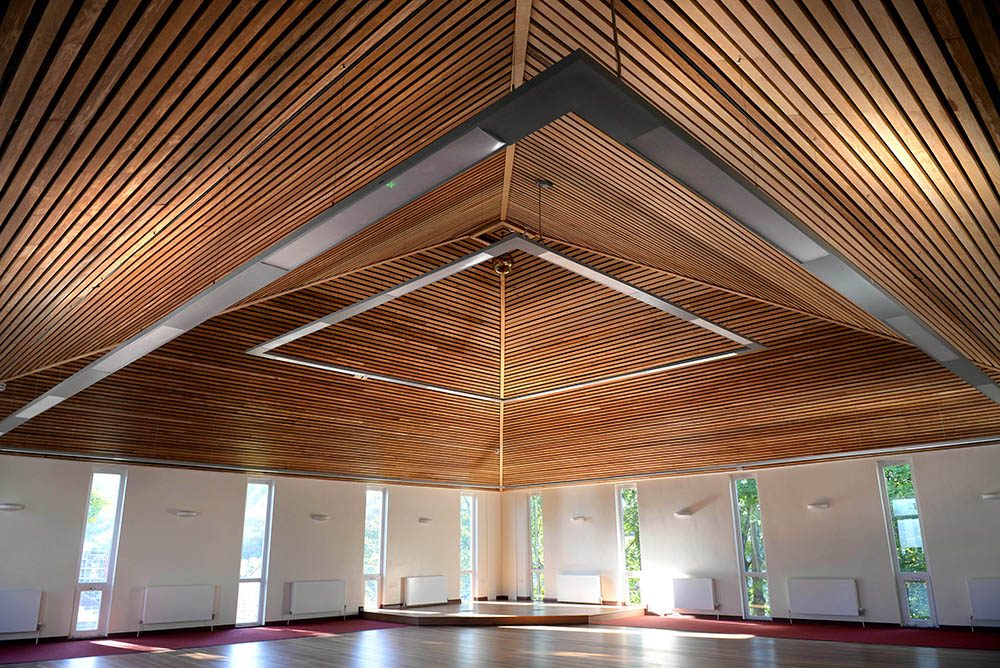 The refurbishment and renovation project at Rawtenstall Unitarian Church that commenced in June has now been successfully handed back.

The £350k project featured refurbishment works including the stripping out of the existing pulpit and organ. New stores have been added, and new ceilings and internal doors fitted, alongside a brand new kitchen.

Central to the new design was the first floor pyramid ceiling. Another key aspect of the project was to make much needed improvements to access arrangements. To this end a new accessible toilet and raised platform have been added to the first floor and an external access ramp installed.

The works did not end there either. Significant updating work has been carried out, including the installation of new electrics and a new drainage system. A new gas boiler has been installed to replace the old warm air heating system. New security and alarm systems have also been installed to make Rawtenstall Unitarian Church safe and secure.

Various additional works have also been successfully completed. This included the moving of the lift to the lower level, as well as removing batons from the pyramid ceiling, planing, varnishing and then replacing.

The place that Rawtenstall Unitarian Church holds in local history is a very interesting one. The first records of the church date way back to 1757, with the original site being on The Fold, which was the centre of the village at the time.

As the size of the congregation grew, a new larger church was required. This building was opened in 1853 and remained for over a century until 1967, when the construction of the town’s inner relief road began. The works weakened the foundations of the church and ultimately a new site was necessary and a new church was built, opening in September 1971.

B&E Boys are very pleased to have completed the project at Rawtenstall Unitarian Church, so that the next chapter of the church’s long history can continue.